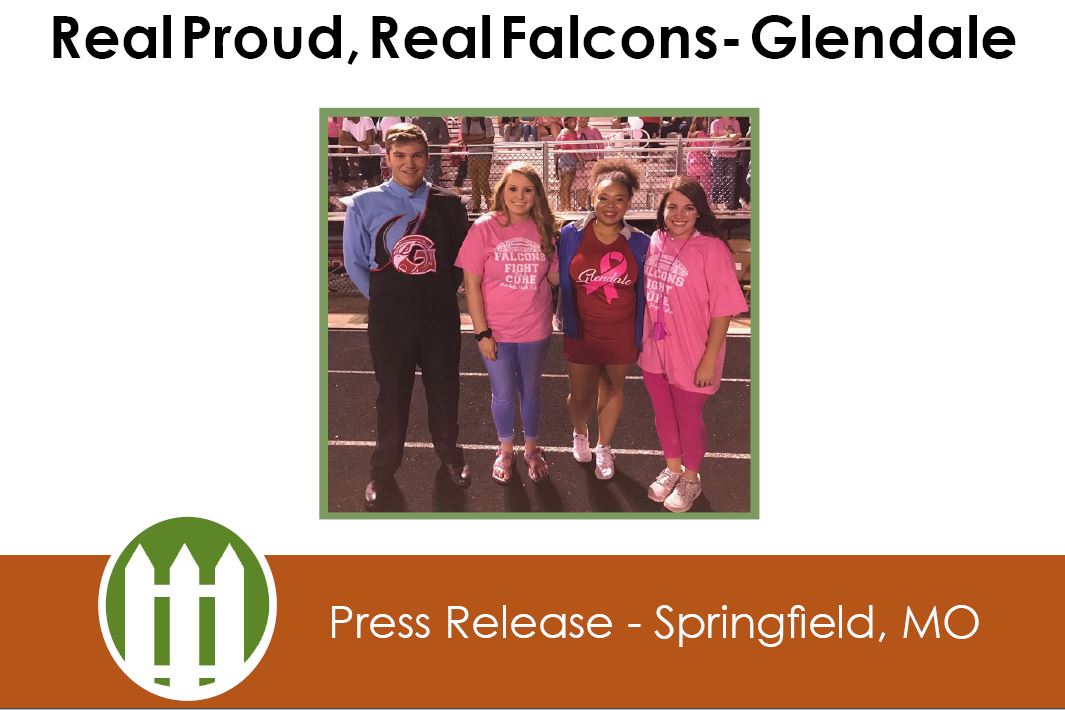 Four Glendale High School students were recently recognized by Bank of Little Rock Mortgage on Friday, October 6th during Glendale’s varsity football game against Waynesville. The students were honored as a part of the Real Proud of Real Falcons program, sponsored by Bank of Little Rock Mortgage. The program recognizes hard-working students who are actively involved in their community and extracurricular activities. The students honored were Lindsey Hendrix, Amanda Blue, Landon Haight and Anna Fredrick.

Lindsey Hendrix was recognized for her exemplary citizenship.  Her teachers describe her as one of the most conscientious, caring, dedicated, and humble students they have ever taught. There is literally nothing you can put in front of her that she cannot do, create, or accomplish. She tries VERY hard to ensure that she gives her full self to everything she tries… and she tries a lot. She is not afraid of failure, she is not afraid to ask for help, she is not afraid to say she doesn’t know something. Lindsey’s greatest strength comes from knowing what to do in those moments of uncertainty. She is the epitome of taking charge of your own education. Because of this, she is an amazing student. She elevates those around her. She reaches out to those who are struggling. She speaks up for those who may be too timid, even though she is quiet and reserved herself.

Amanda Blue was also recognized for her exemplary citizenship. Amanda is described by the staff as an unsung hero of Glendale High School. Any teacher who taught her knows that she can be counted on. Amanda goes above and beyond the average student.  She is a helper. When someone around her is struggling, she naturally wants to help. She goes out of her way to clarify homework when the whole class is confused… she reaches out to teachers when no one else wants to…  takes the initiative many of her peers lack, and she betters her peers for demonstrating the skill.

Landon Haight was recognized for exemplary citizenship.  He is involved in many activities at Glendale High School. He is part of the swim team, A+ tutoring and Falcon Regiment. Through these activities he devotes extra time outside the classroom while keeping to his studies. Landon completed 100+ service hours for Eagle Scouts. He also organized and helped w the construction of a sign for one of the local fire stations. Landon has volunteered with the convoy of hope and at the election pole sites.

Anna Fredrick was recognized for exemplary leadership. Anna does so much for the school and for the district. She serves on leadership committees at both levels and regularly voices the opinion of the students to Dr. Jungmann and the board with grace and poise. So many of her classmates rely on her help and information. Glendale High School would not function as smoothly without her involvement and leadership. When Anna puts her mind to something, her teachers have no doubt that she will complete it to HER standards, which is usually above and beyond the call. Anna reaches out to others who may not feel comfortable doing so themselves and she strives to make everyone feel as though they have a home in our school. She collaborates, she problem-solves, and she actively tries to make her classes, this school, and our district the best it can be.

Photo caption from left to right