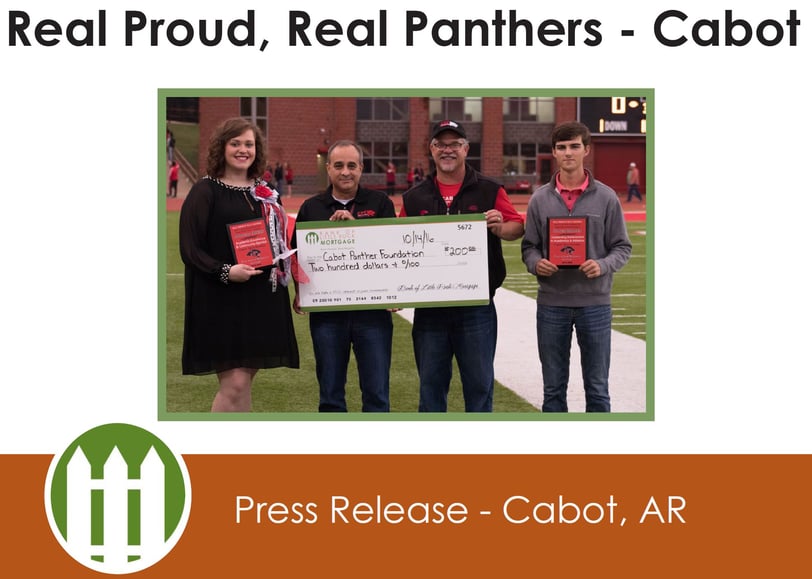 Two Cabot High School students were recognized on Friday, October 14, during Cabot’s varsity football game as a part of the Real Proud of Real Panthers program, sponsored by Bank of Little Rock Mortgage. The program recognizes hard-working students who are actively involved in their community and extracurricular activities. The students honored were Cabot High School seniors Morgan Akers and Hayes Barger.

Hayes Barger is a member of the golf team, National Honor Society and Future Farmers of America where he currently serves as a junior advisor and team leader of the land judging team. He has achieved the Kiwanis Award of Excellence for two years and place first in the Arkansas Eastern District land judging career development event. Hayes is currently taking flying lessons to earn his private pilot license. He is a candidate for the United States Air Force Academy and plans to pursue a degree in aviation where he will be a pilot and office in the United States Air Force.