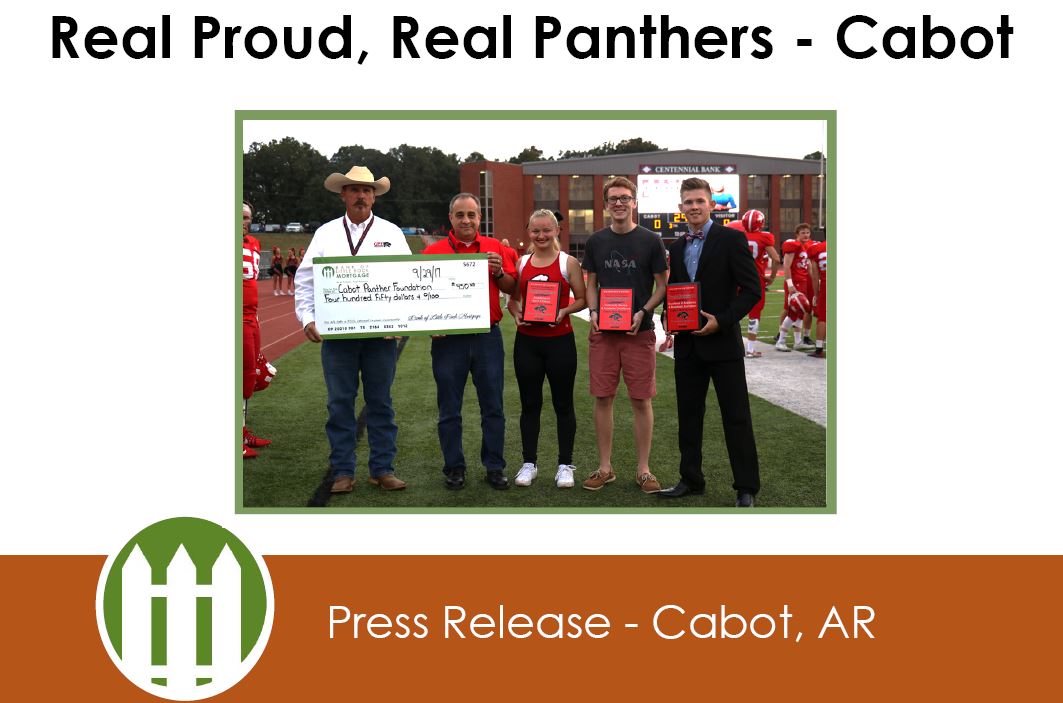 Three Cabot High School students were recognized by Bank of Little Rock Mortgage on Friday, September 29th, during Cabot’s varsity football game against Fort Smith Southside High School. The students were honored as a part of the Real Proud of Real Panthers program, sponsored by Bank of Little Rock Mortgage. The program recognizes students for their achievements in and out of the classroom. The students honored were Allison Smart, Connor Pearson and Dylan Johnston.

Allison Smart is both an accomplished member of the dance team and the band at Cabot High, receiving awards in both disciplines. She has a 3.16 GPA and mentors young girls at the Cabot Dance Academy. Her teachers describe her as a born leader who is able to help others when they are struggling. After high school, Allison plans to attend either UCA or ASU and major in radiology. Alison is the daughter of proud parents Don and Jennifer Smart.

Connor Pearson has a 4.1677 GPA and is a member of nine organizations, serving as president of the National Honor Society and as an officer in Cabot Skills USA, Femi-STEM Club and Young Democrats. He has spent more than 28 hours volunteering with local community organizations. After graduation, Connor plans to attend Washington University in St. Louis and major in biochemistry.  Connor is the son of proud parents Shawn and Crystal Pearson.

Dylan Johnston is the broadcaster for the morning announcements and plans to pursue a career in sports broadcasting. He has a 4.0 GPA and serves as the girls’ basketball manger. Dylan has also recorded a Christian rap song.  After graduation, he plans to attend college and major in broadcast journalism. Dylan is the son of proud guardians Scott and Laura Patterson.