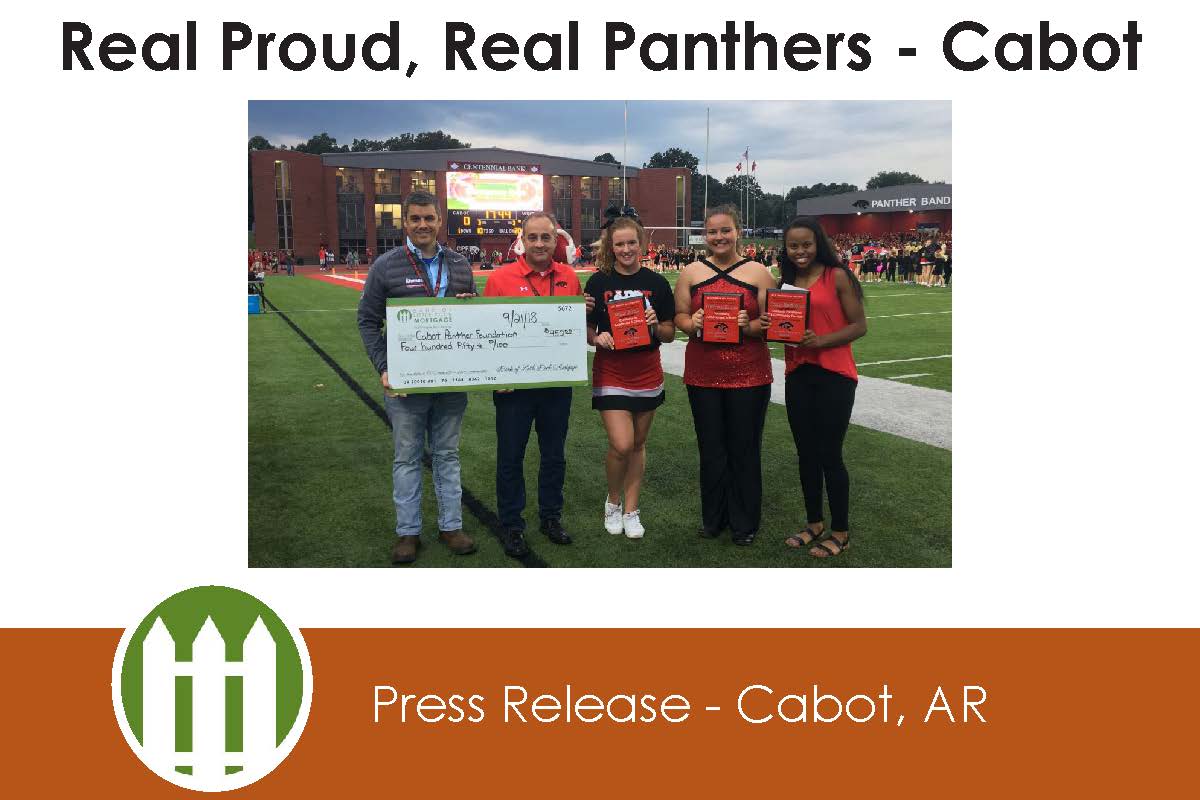 The program recognizes students for their achievements in and out of the classroom.  The students honored were Emily Evans, Morgan Bates and Dejah Jimerson.

Emily Evans has a 3.97 GPA and has received the Presidential Award, Academic Letter, and is President of Educators Rising. She is co-captain of the dance team, and is a member of National Honor Society, National Technical Honor Society, Sidekicks, Junior Civitan, Family, Career and Community Leaders of America and Crown Club. After graduation, she plans to attend Arkansas Tech University and major in elementary education. Emily is the daughter of proud parents Gene and Sharon Evans.

Morgan Bates is an accomplished musician and member of the Cabot High Band. She has been selected to the All Region Band for four years, and for the past two years, has made All State Band, the UCA Honor Band and has won medals at the State Solo & Ensemble competition. She has a 3.3 GPA. Morgan is a student leader on the worship team at Grace Fellowship Youth Group. After graduation, Morgan plans to attend Arkansas Tech University and major in music education. Morgan is the daughter of proud parents Andy and Jennifer Bates.

Dejah Jimerson has served in the Crown Club the past three years and has accumulated over 50 service hours in the Cabot Community. She volunteers at Lonoke County Safe Haven, Cabot Clean Up, the local nursing home, Christmas Alliance, Have for Hope Homeless Shelter and Arkansas Children’s Hospital. Dejah has a 3.89 GPA and is a member of the varsity basketball team and is a competitive cheerleader with the World Class All-stars. After graduation, Dejah plans to attend Baylor University and major in biology with hopes of going to Physician Assistant school. Dejah is the daughter of proud parents Nachuna and Antonio Jimerson.


Ken Kincade with the Cabot Panther Foundation accepted a $450 contribution, which is part of the $2,700 Bank of Little Rock Mortgage will donate to the foundation during this school year.