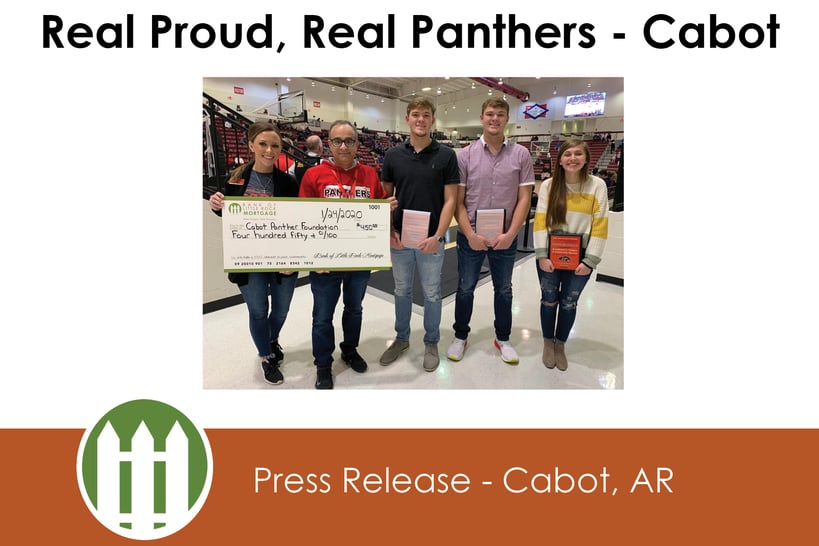 Three Cabot students were recognized by Bank of Little Rock Mortgage on Thursday,
January 24th, during the Cabot High School basketball games. The students were honored as a part of the Real Proud of Real Panthers program, sponsored by Bank of Little Rock Mortgage. The program recognizes students for their achievements in and out of the classroom. The students honored were Lukas Petross, Jakob Petross and Brynlee Beams.

Lukas has over a 4.0 GPA and is a pitcher for the Cabot High Baseball Team. He is a student leader at his church and is involved with the Miracle League. After high school he would like to continue playing baseball and pursue a career as a Pharmacist. Lukas is the son of proud parents Jarrod and Debbie Petross.

Jakob has over a 4.0 GPA and is a pitcher for the Cabot High Baseball Team. He is also involved with the Miracle League. After high school, he plans to pursue a career in nursing with the goal to become a flight nurse. Jakob is the son of proud parents Jarrod and Debbie Petross.

Brynlee has been a leader in the Cabot High Theatre Department for the past three years. She is described as an all around stand out student who works hard for the theatre department and the community as a whole. After graduation, she would like to pursue a career in technical theatre. Brynlee is the daughter of proud parents Jason and Stephanie Beams.