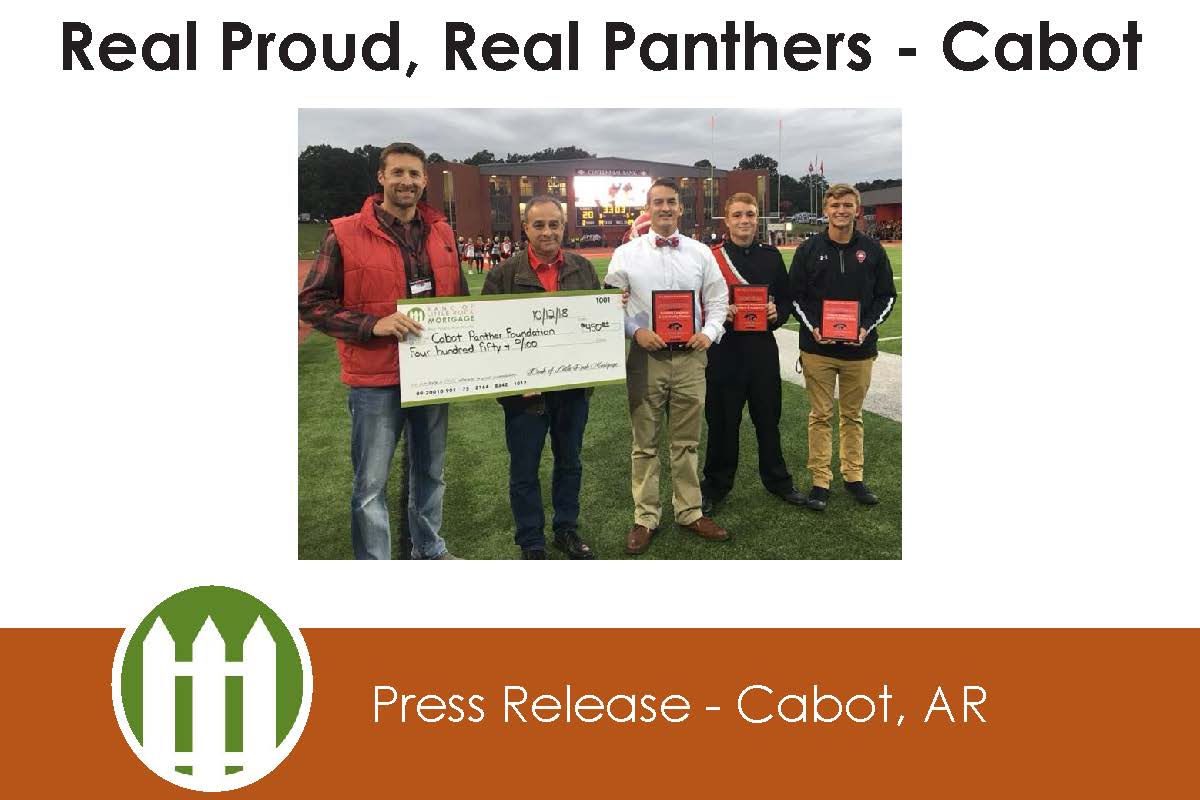 The program recognizes students for their achievements in and out of the classroom.  The students honored were David Brill, Robert Kingston and Nathan McCool.

David Brill has a 3.72 GPA and has been selected to the All Region Band for five years
and the All State Band one year.  He is a first chair percussionist and is a member of Jazz Band, Competition Marching Band, Drumline and National Honor Society.  David leads worship at Grace Community Church in Ward.  After graduation, he plans to attend the University of Arkansas and major in Music Education.  David is the son of proud parents Michael and Vanessa Brill.

Robert Kingston has a 4.15 GPA and has been named to the honor roll every semester
since his Freshmen year.  He plays midfielder for the soccer team, serves as a sound engineer for Stagecraft and is a member of the National Honor Society.  After graduation, he plans to attend Wichita State University and study Aeronautical Engineering.  Robert is the son of proud parents Scott and Heather Kingston.

Nathan McCool has a 4.0 GPA and he is in the top 4% of his class.  He is a Deputy Group Commander for Air Force Junior Reserve Officer Training Corps and is a member of their
Honor and Color Guards. Nathan is a member of AP Academy, National Honor Society,
Mu-Alpha Theta and Spanish Honor Society.  After graduation, he plans to attend the United States Naval Academy and get a degree in Computer Science or Engineering. Nathan is the son of proud parents Brad and Jan McCool.


Chad Young representing the Cabot Panther Foundation accepted a $450 contribution, which is part of the $2,700 Bank of Little Rock Mortgage will donate to the foundation during this school year.